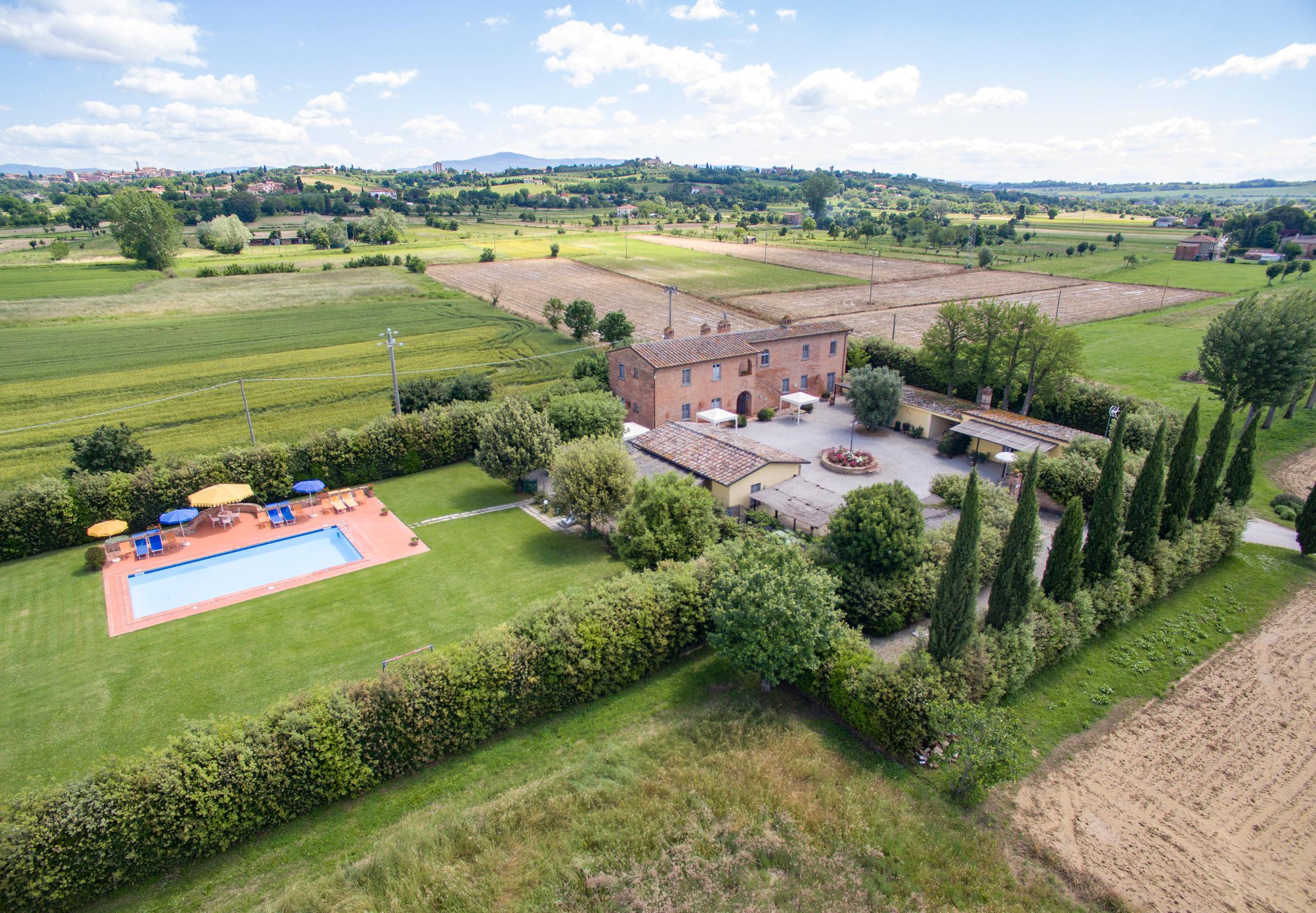 Events in the surroundings

It is the most representative event of Foiano della Chiana and it takes place between February and March for a total of 5 Sunday parades, in addition to a summer Carnival under the stars (the last weekend of June). It is the oldest carnival in Italy with its four hundred eightieth edition in 2019 and it is considered one of the most important events of its kind in Italy, both for its spectacular choreographies and for its historiographical tradition.

This event sees the competition among the four quarters of the town (Azzurri, Bombolo, Nottambuli and Rustici) that make huge allegorical floats helped by true masters of papier mâché and mechanics (the so-called “pasted paper giants”), which are shown on a parade in front of a jury made up of nationally recognized art experts. Music, fun, live shows and entertainment for children are the backdrop for this amazing event, which attracts thousands of visitors every year in this small town of Validichiana.

The Easter Week is really heartfelt by the inhabitants of Foiano, but it also fascinates those who don't live there thanks to a series of spectacular events that create a sense of holiness, mysticism and tradition that can be easily perceived along the narrow streets of this small town during that week.

The old Compagnia della Santissima Trinità (16th century) is a confraternity that is still involved in organizing the rituals held during the Holy Week at the Collegiate Church of San Martino.

The impressive ceremony of the Resurrection of Jesus (which takes place at midnight on Easter Saturday) is the main event.

This ritual dates back to the 1600s and is aimed at celebrating the Resurrection of Jesus with a wooden statue of 600 kg representing the Resurrected Christ that was made in 1681 and is now preserved during the year in the Church of the Most Holy Trinity.

At the stroke of midnight, three hammer blows on the main door of the Collegiate Church announce the arrival of the statue carried on the shoulders of the men of the Confraternity wearing traditional clothes, who run along the nave of the church accompanied by a band, by the burst of firecrackers and loud shouts of joy and exultation of the believers attending the ceremony.

On Easter Sunday morning and on the following Tuesday the statue is carried on the shoulders in a procession along the streets of Foiano and once arrived at Piazz'Alta it is welcomed by 25.000 firecrackers that are connected to each other and burst quickly one after the other creating a long and incredibly powerful roll. That is why this event is commonly known as "The Roll".

It is the oldest in Italy. Uninterruptedly since 1968, the first Sunday of every month and the Saturday before, in the central Piazza Grande and along the streets of the old town of Arezzo, this Fair attracts visitors with a wide variety of antiques exhibitors who sell their art objects, pieces of furniture, jewels and costume jewelry, watches, books and old prints, scientific and music instruments, toys, old fashioned linen and every kind of collectibles.

This is a must for antiques lovers and professionals of this sector looking for special or rare items. The Fair offers a wide range of modern antiques, vintage items and quality handicrafts.

This event has medieval origin. Even Dante talks about it in a canto of Inferno in his Divine Comedy. The goal of the joust is to hit with a spear the shield of the so-called Buratto, a puppet representing the "King of the Indies", while riding a horse and make it spin around thanks to a spring mechanism. The knight must then avoid the flail weapon held by the Buratto: in fact when the puppet is hit the shield turns around very quickly and might thus hit the jockey.

The Saracen Joust is preceded by a performance of flag fliers, drummers and clarion players belonging to the historical group of the city. The medieval costume parade along the streets of the city is really evocative boasting over 300 extras wearing medieval clothes.

Cortona means not only art and history, but also interesting and lively cultural events and food festivals. The space devoted to folklore is every year on the second Sunday of June when Cortona goes back to the Middle Ages with the “Archidado Joust”, a contest among skilled crossbowmen of the five quarters of the town. This event is preceded by several theme nights involving over three hundred extras.

Cortona On The Move

Photo enthusiasts and professionals in this sector cannot miss “Cortona On The Move”, an international festival that is always held in the summer and hosts every year contemporary art photography exhibitions where pictures taken by world-renowned photographers are on display. Exhibitions are housed in evocative and special venues in the old town of Cortona and in the medieval Fortress of Girifalco.

The race involves 10 horses and jockeys representing the city quarters named "contrade" and consists of three laps around Piazza del Campo on a track made of a mixture of sand and tuff. The winner is the horse, with or without jockey, that gets to the finish first after completing the three laps.

Bravìo of the barrels in Montepulciano

It takes place every year on the last Sunday of August in Montepulciano. It is a hard and compelling hillclimb race among the eight quarters of the town. In the past people used to run on horseback whereas today they roll wine barrels up the streets. These barrels of about 80 kg each are pushed and rolled by two athletes for each quarter called “spingitori” on an uphill path of about 1800 meters stretching along the picturesque streets of the old town up to the finish line located on the parvise of the Cathedral in Piazza Grande.

This contest is traditionally preceded by an impressive costume parade along the same path involving over three hundred extras with performances of flag fliers and images of olden times.